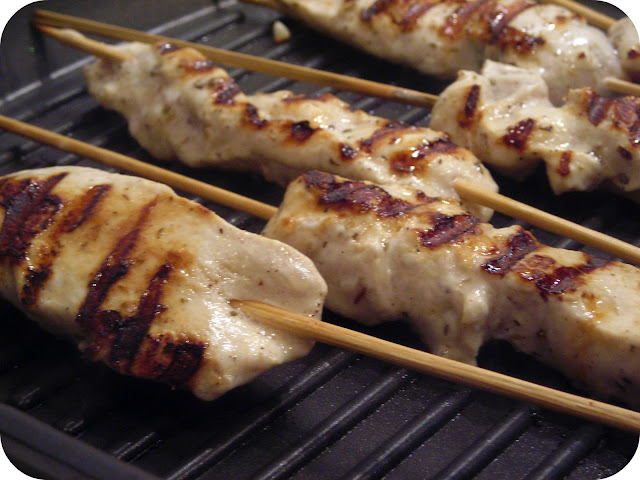 In the early 1990's, while I was a student at Stellenbosch University, I was station manager, news reader and DJ at our university radio station.  At that time, it was still called Radio Matie (now MFM) and we could only broadcast via fixed line on campus, as the SABC still had their monopoly over the FM waves.  Our set up was quite basic with only two turntables and a CD player, but we were mostly proud of what we did.  We even got into a bit of trouble for playing "Nkosi Sikelel' iAfrika" once!


Some of us, myself included, did auditions in Sea Point to become DJs at Radio Good Hope, became trainee DJs and had to go to Sea Point at least once a week for a training session in one of their studios.  It was during one of these trips that I was introduced to Aris Souvlaki by one of my fellow trainees.  Not a 5 star venue by any stretch of the imagination.  No, expect plastic over the red and white check table cloths, thimble sized wine glasses and plastic grapes hanging from the ceiling.  But the food was out of this world.  Their souvlakis and shwarmas were the best I've ever eaten, the pitas loaded with garlicy tzatziki and chopped tomatoes.

Those were the days!  Well, I'm sure if I looked really hard, I could find a Greek restaurant in Taipei somewhere, but I'm sure that their souvlakis and shwarmas would not be as tasty as Aris' in Sea Point.

Last night I had a craving for those souvlakis, so I tried my own.  Now, I really couldn't be asked to bake my own pita bread tonight and I didn't do the tzatziki either (even though it is dead easy to make).  I simply didn't have the time.  But by all means, serve these souvlakis with pita or some fresh bread, chopped totatoes and some tzatziki. 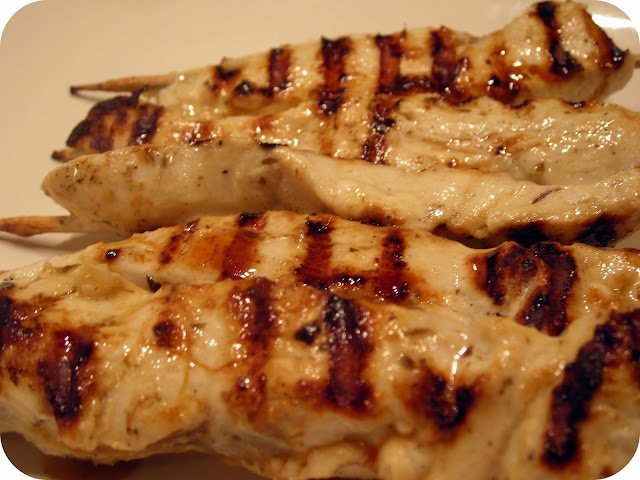 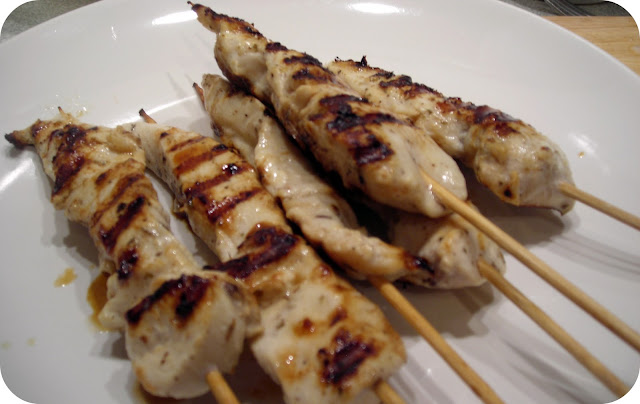